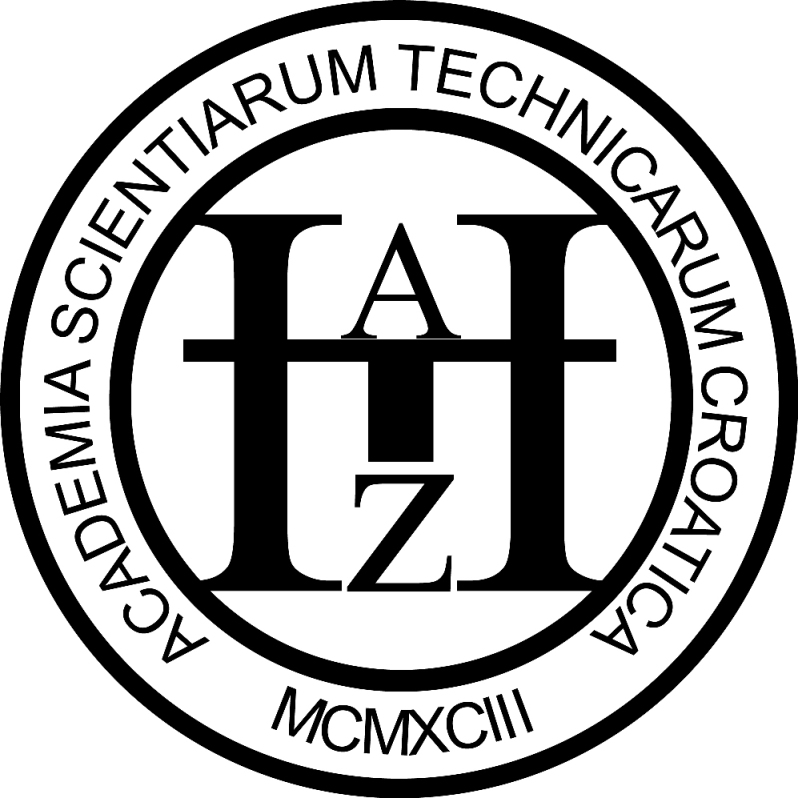 In accordance with the Article 40 of the Statute of the Croatian Academy of Engineering and the Article 2 of the Bylaws on Awards and Recognitions of the Academy,

FOR THE AWARDS OF THE CROATIAN ACADEMY OF ENGINEERING

The Academy shall grant the following awards:

The Power of Knowledge Award for Lifetime Achievement is granted to a Member of HATZ, a prominent scientist with outstanding HATZ activities, for the entirety of his/hers scientific and research work in the fields of technological and/or biotechnological sciences as well as for his/hers long-term contribution to the advancement of profession, with special emphasis to the research work results’ application.

The Rikard Podhorsky Annual Award is granted to a Member of HATZ, a prominent scientist, for his/hers especially valuable scientific or professional achievement, which has been applied in or has advanced cooperation with the economy, or for his/hers prominent contribution to the advancement of HATZ activities and its worldwide affirmation, during the last five years.

The Vera Johanides Award to the Young Scientist is granted to a scientist with a PhD degree, who must not have completed 35 years of age on the day of announcement of the Call, and who, during the last five years, has achieved either a noticeable personal scientific or professional advancement, or a remarkable contribution to the field of his research.

The detailed information and Bylaws on the Awards and Recognitions of the Academy with the respective Call application forms are available at the link (in Croatian):

The incomplete applications shall be excluded from the Call.

not later than March 1, 2017 (date of postal stamp and e-mail date, respectively),

by postal service to the address:

as well as by e-mail (obligatory) to HATZ e-address:

Presidency of the Croatian Academy of Engineering